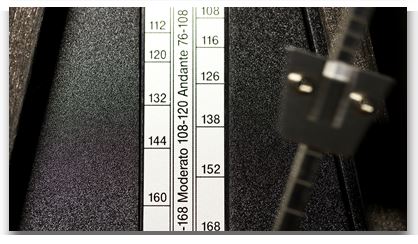 Have you ever had trouble mastering the timing of a lick or riff that you’ve been practicing? If you have, then you’ll know that it can be a very frustrating experience—especially if you’ve put in hours of diligent work and still can’t get the timing perfected!

To make matters worse, it can also be very hard to determine exactly why the timing doesn’t sound like the guitarist that you’re trying to emulate. This means that you won’t know what you need to change in order to perfect the timing of what you’re learning.

Because of this, I thought it would be helpful to give you some tips on pinpointing the causes of any timing problems that you might be experiencing. While knowing the causes won’t automatically solve the problems, it’s a critical first step.

I’ve taught hundreds of guitarists over the years, and have found that most problems with timing can be put into three broad categories…

A huge number of timing problems are caused by awkward fretting-hand or picking-hand movements that are difficult to play. In other words, if you’re struggling to actually play the notes fluently, then playing with awesome timing is pretty much going to be impossible!

Because of this, it’s a great idea to slowly play through what you’re learning and look for…

At this stage of the trouble-shooting, it’s very common for some guitarists to realise a couple of things…

If this is the case with you, then there’s a good chance that some of your troubles with timing stem from not practicing what you’re learning in a strategic way.

Practice Tip
If you found some particularly tricky movements when doing this analysis, then your best bet is to spend time each day practicing them at a super-slow speed. Keep doing this, until they feel really easy to play.

If you’ve just gone through the analysis that I’ve recommended, and honestly don’t feel that any of the movements are awkward, then you can move onto the next step…

If you can’t clearly hear the timing of what you’re learning in your head, then it will be virtually impossible to play it accurately. So it’s really important to test yourself by doing the following two things at a comfortable speed…

If you can’t do either of the above, then you don’t yet perceive the timing accurately enough.

Practice Tip
To develop your rhythmic perception, it’s a great idea to spend time each day clapping the timing of what you’re learning. As well as clapping, playing the timing on a single note is another great way to internalise the sound of the timing.

But what if you found it easy to do what I recommended? If this is the case, then you need to move onto the final step…

The last step of the analysis involves playing what you’re learning at a very comfortable tempo. (This is a tempo where the speed of the physical motions would unlikely to be a problem).

Although I can’t give you a specific tempo, you might want to try 33% to 50% of the target speed. For Example: If you’re learning a guitar lick that’s meant to be played at 120 BPM, then you could try playing the lick at somewhere between 40 BPM and 60 BPM. (You might want to test a few different speeds).

If you were able to do this, then it’s likely that your timing problems are simply because you’re trying to play what you’re learning at too fast a tempo. This means that all you need to do is practice slower, and gradually build up to the target speed.

But what if you couldn’t play what you’re learning at a very comfortable tempo?

Well, this usually means that you need to do the following three things..

Practice Tip
It’s critical to get into the habit of recording yourself any time that you’re working on timing. This is because you’ll be able to listen back to your playing, and get accurate feedback of whether or not you’re playing in time.

Although guitar timing problems are best solved with the help of a good guitar teacher, it’s definitely helpful to go through what I’ve recommended in this article. Doing this will improve your practice skills, and will also help you to become a more self-sufficient learner.